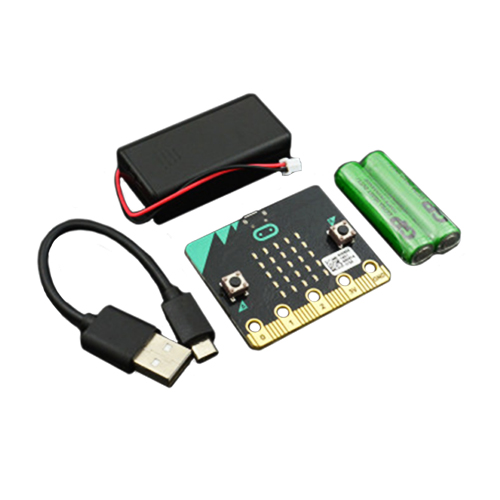 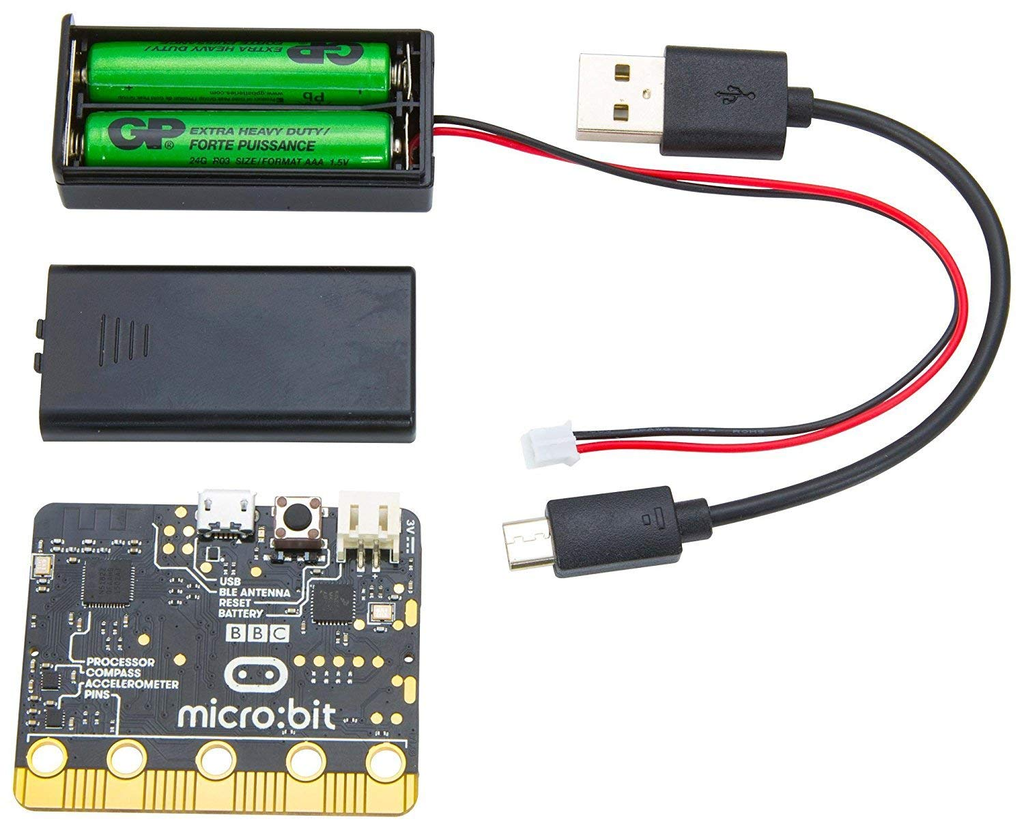 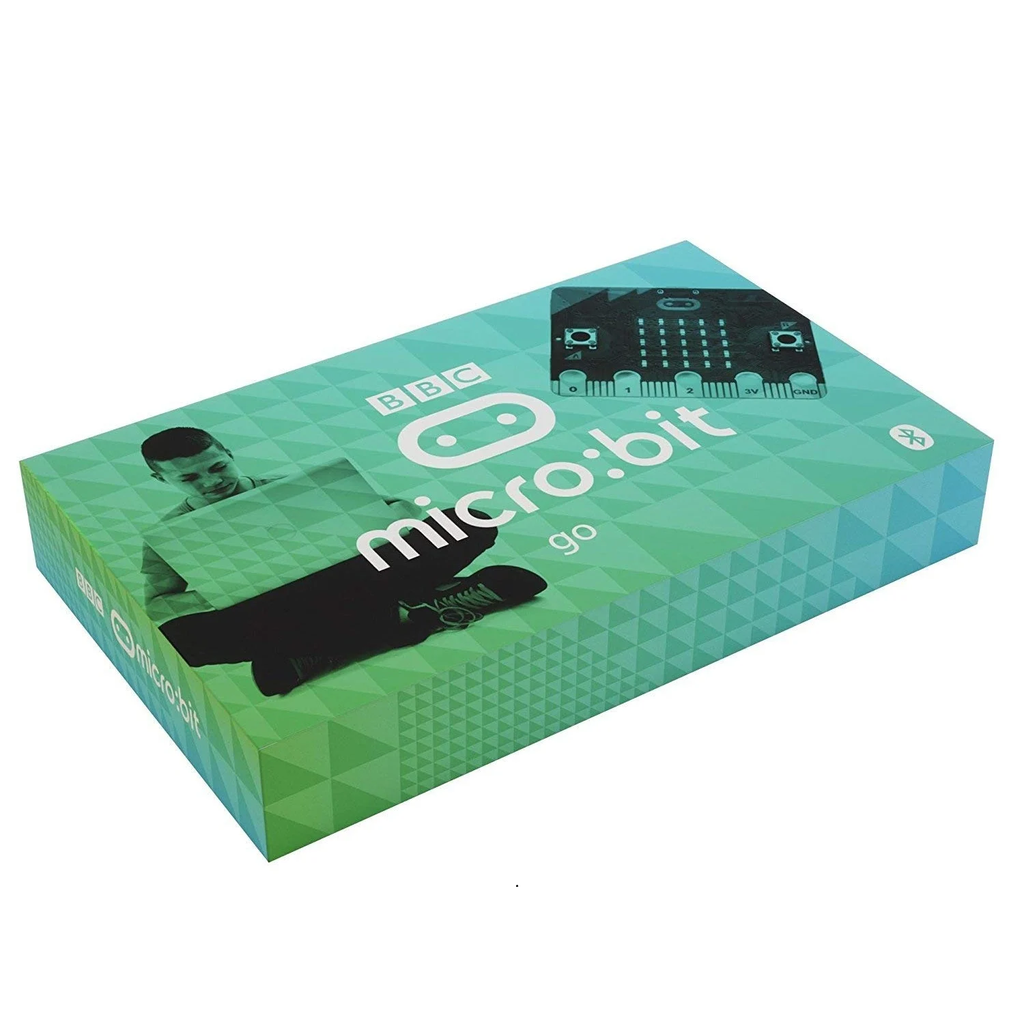 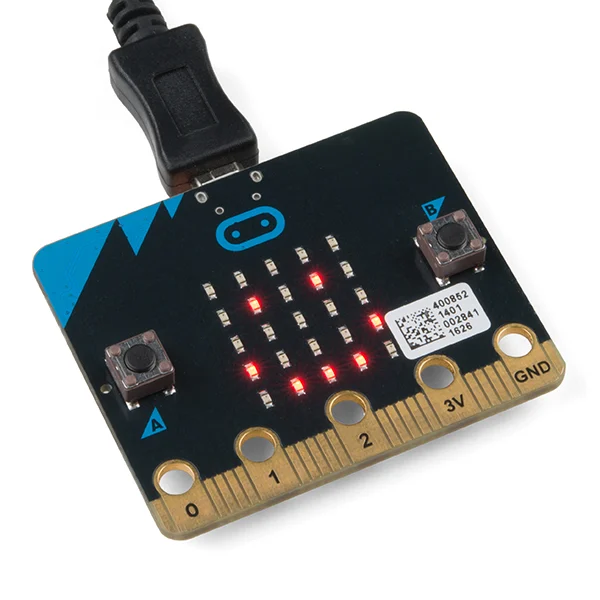 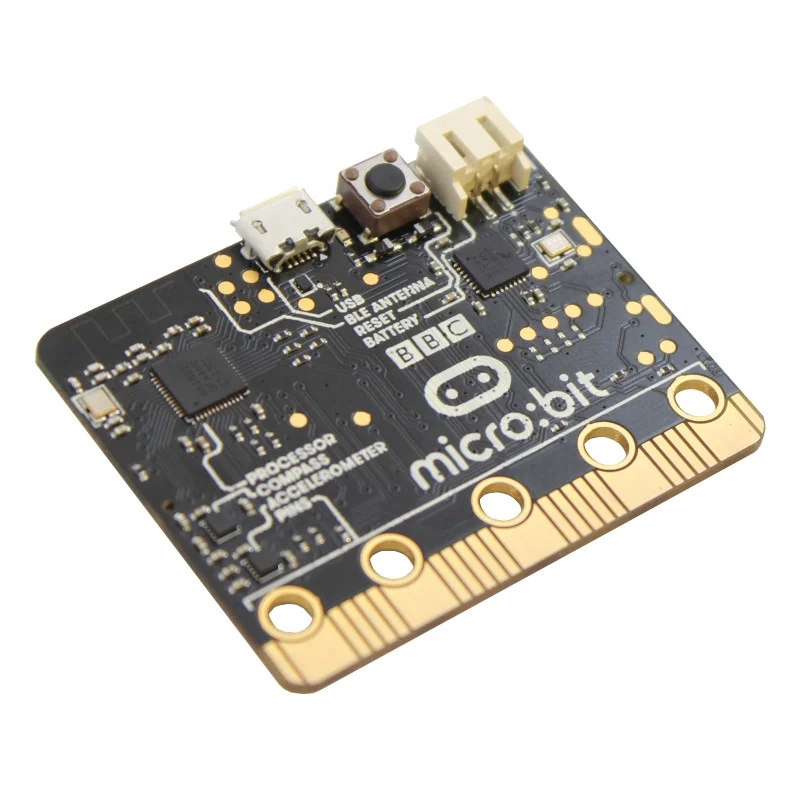 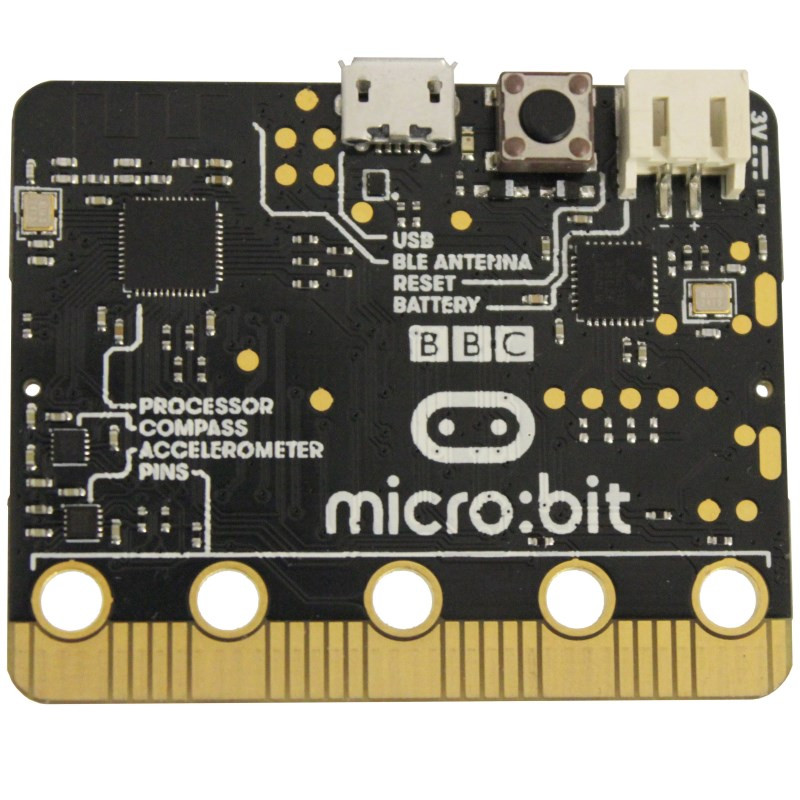 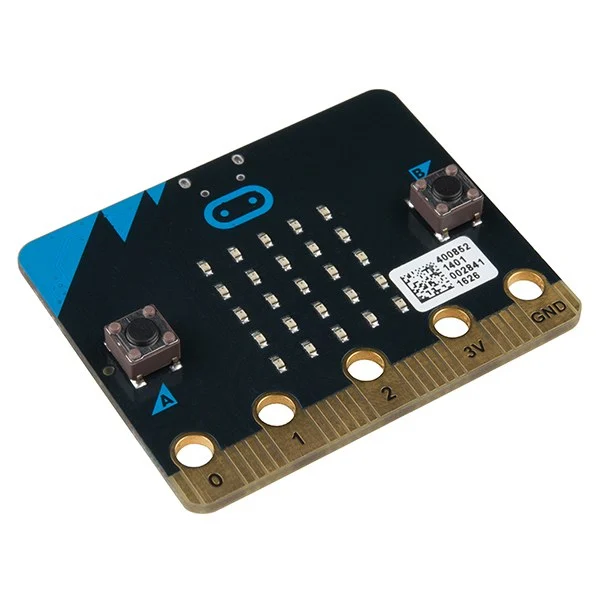 Micro bit “GO” by BBC is the same micro bit board everyone loves, bundled up with a few of the core essentials to get started. This kit includes a JST-PH 2 x AAA battery pack, 2 x AAA batteries, and a Micro USB cable. This means you have all the accessories you need to get started coding your micro: bit for the first time, and you will be able to power your project on the GO!

Micro: Bit is a pocket-sized microcontroller designed for kids and beginners learning how to program, letting them easily bring ideas into DIY digital games, interactive projects, and robotics. The Micro: Bit comes with a variety of onboard modules, including a 5×5 LED matrix (also supports light detection), 2 programmable buttons, motion detector, compass, and Bluetooth Smart module. Additionally, you may attach more modules such as a servo motor, RGB LED lights through five I/O rings or 20 edge connectors. 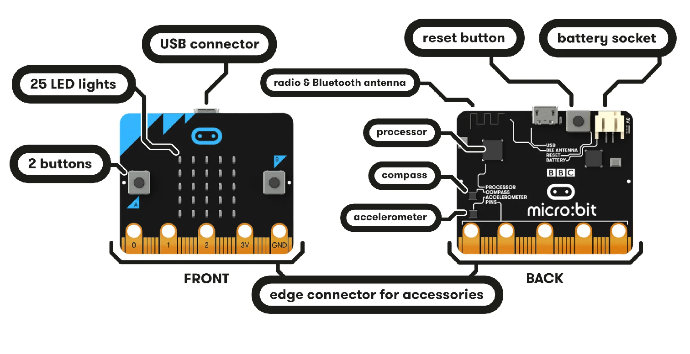 And here comes the Micro: Bit Go bundle, an on-the-go starter kit with a USB cable, 2AAA batteries, and battery holder, allowing you to upload the program and carry it around right after the unboxing. Micro: Bit can be programmed with Microsoft Blocks Editor via graphical editor or JavaScript editor. The Microsoft Blocks Editor is available on Windows，macOS, IOS, and Android, supporting wireless programming via mobile devices.