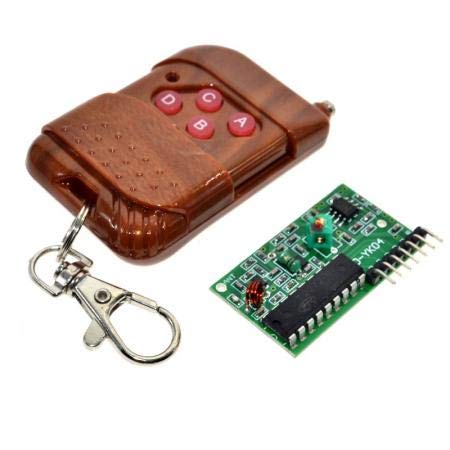 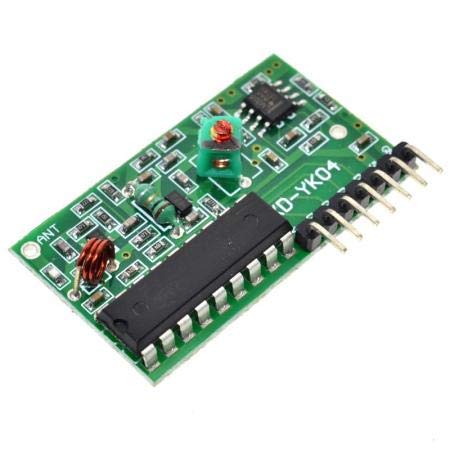 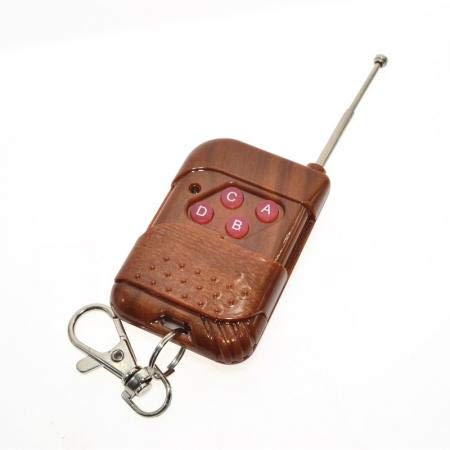 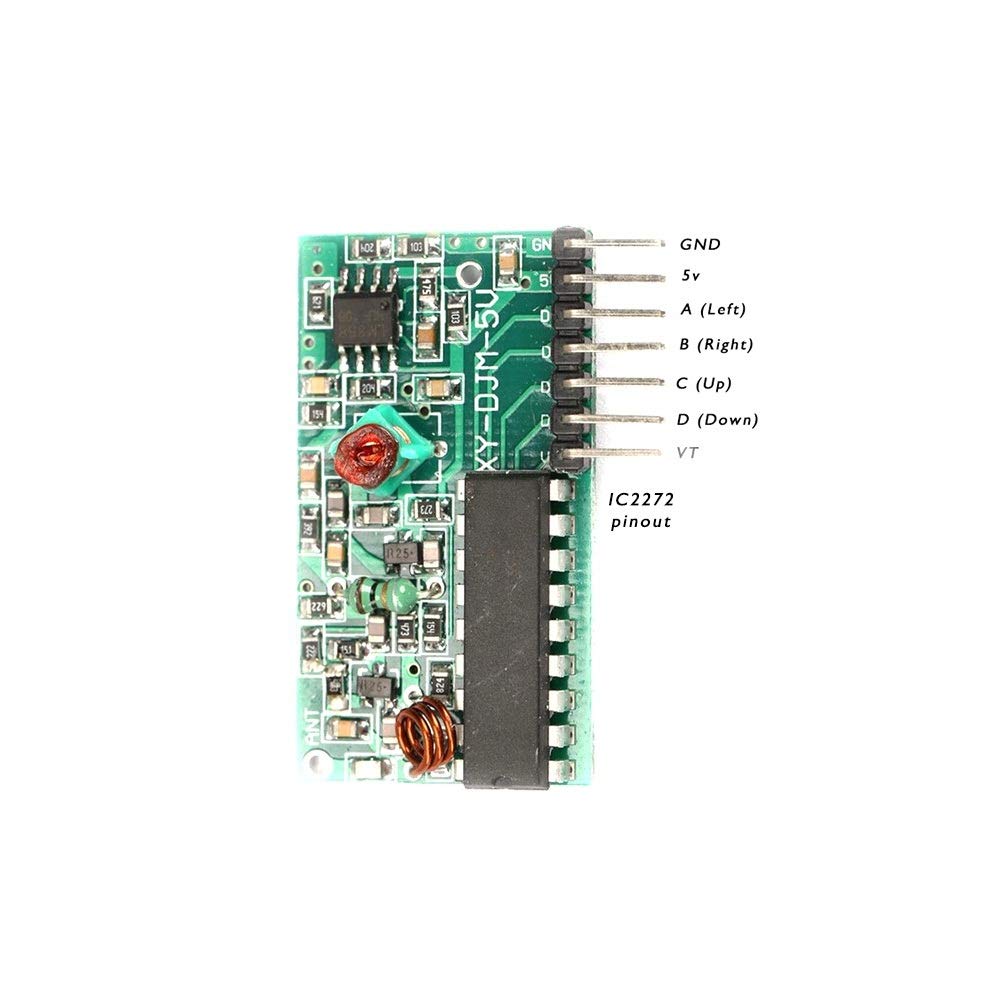 They are widely applied in the majority home electronics enthusiasts, industrial remote control electronic product design and development can be very good as a single-chip signal input source, especially for students and colleges electronic circuit design, the graduate design of the remote control circuit portion.

Caution: Take care while handling the receiver module, that onboard copper coil (inductor) should be untouched. A little physical  movement to the coil changes the inductance value which may cause the inappropriate circuit functioning

1. When a key is pressed, the IC is connected to power supply battery and it starts transmitting packets at 315 Mhz frequency consisting of its ID and Data byte which indicates which key was pressed. This information is used in remote control applications.

2. Each transmitter has a pre-programmed unique ID set during manufacturing and cannot be changed. The receiver board usually stores the transmitter ID in its memory before so the receiver only responds to known transmitter IDs for secure applications.

3. The RF part inside remote is SAW based 315 Mhz transmitter, which can be received by any 315 Mhz type ASK RF Receiver followed by decoder chip.

Output also has known jog output data pin output level is instantaneous and the transmitter and whether transmission corresponds, can be used to control similar to jogging, a remote control signal data pin is high, the signal disappears when the remote data foot immediately restored to the low level, for applications such as electric doors, electric door locks, and SCM docking requires only a high level of circuit and other circuits and so on.

Here Data output pin enables the trigger to flip operating logic, and data can be kept as long as the successful reception of the corresponding level state change until the next time the remote data changes. Self-locking independent of each other four, four simultaneous remote control, such as lighting control and the like.

The Output is anyway the road will be able to receive the signal remains high state corresponding received data in any other way is the return to the original state, only four interlockings turned all the way, practical applications such as electric fans position switch circuit.